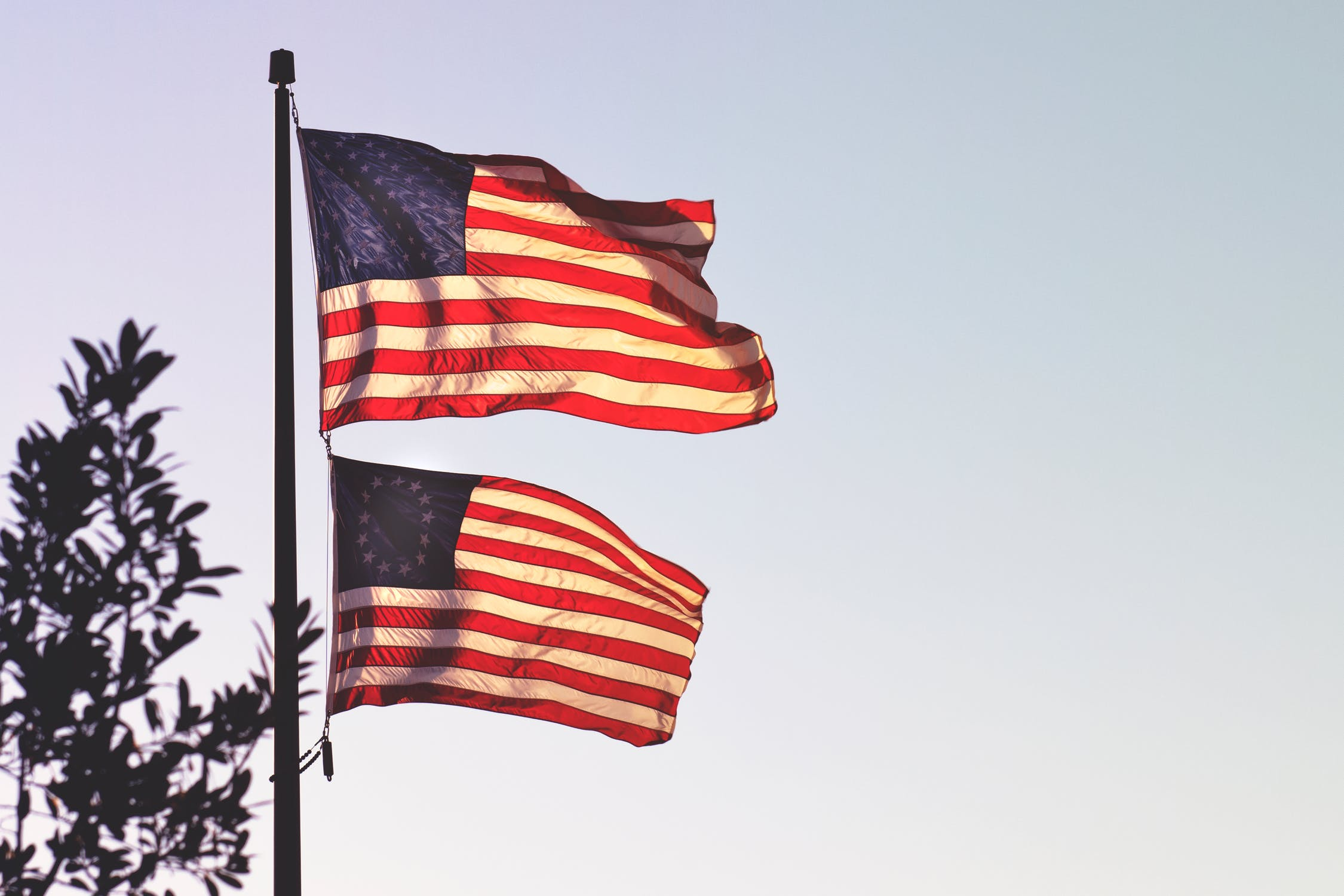 There seems to be an unwillingness to understand why it’s necessary to commit one’s loyalty to a flag.

To understand the importance of this homage, we must first understand its symbolism.

Originally the symbol and banner of the thirteen colonies, its form, and colors, were not chosen on the basis of rational thought. Its form and colors were chosen of an intuition infused by truth and guidance, which led to the correlation between the people, and the flag that America came to call her own.

It was on the intention that the founders of this great nation, that its citizens, be ordained the watchful and guiding eye over its destiny. At the time of her birth, America’s flag was simply bands of red and white, and a circle of stars against a background of blue. Yet, in its simplicity, lay a depth of meaning and purpose. The red is emblematic of the blood, that was shed in the war that led to the establishment of our independent republic. The white stripes that accompany the red, signifies the higher realms of purpose that connect mankind. Finally, the blue background against which the stars are placed is a symbol of the eternal being of God.

It represents the Infinite, out of which both America’s identity and the earth itself have been constructed. The blue that represents America’s relationship to God, remains as the assurance that this connection will never change no matter what ideology becomes popular.

It’s why “In God, We Trust” is written on all of her currency, and why in so many other instances, the connection with the eternal has been enunciated as part of America’s most transcendent document. The stars on the blue background identify the composite image showing the many changes from thirteen original colonies, to now representing the much vaster size of fifty states. The number of stars in the original pattern was shaped in the form of a circle, a symbol of unity.

This flag of America is the hallmark of her sacred heart. Her soul is a nation whose spiritual name is love.

The debate over who made the first American flag may go on forever, but in any case, the Stars and Stripes were finally flown for the first time in September 1777 during the Revolutionary War.

The cost of a flag today is minimal; the value of its true spiritual worth will forever remain incalculable.